Even after MetaQuotes released the new terminal MetaTrader 5 a few years ago, most users continue to use the familiar previous version. MetaTrader 4 is considered a classic among similar trading platforms, and rightly so. That’s why we wanted to give special attention to MT5 and highlight its main features available at Grand Capital: the account includes both the classic terminal’s advantages and some useful new features. How is it not a new classic?

Thanks to the access to a prime broker, MT5 account has high liquidity, which allows offering spreads of 0.4 for the most liquid instruments, which is below the average market values. Over 450 trading instruments are available on the account, which is a bit fewer than the total on all accounts that use MetaTrader 4. Along with currency pairs, available instruments include CFDs on stocks, metals, energy and agricultural commodities, cryptocurrencies. Flexible order execution settings prevent requotes and minimizes the possibility of slippage.

Leverage up to 1:100 is floating. The technology changes the amount of leverage during trading in proportion to the number of open trades. Usually, the value is reduced to curb the risk of a deposit overrun.

MT5 at Grand Capital is also attractive due to small fees: from 0.1% depending on the instrument.

There are advantages to both systems. For example, if an open position enters a drawdown, you can always correct the situation by averaging out. The opening price of the first-order changes after the next one is opened, the drawdown decreases, which means you’re more likely to close all drawdowns and make a profit.

Hedging is suitable for traders who simultaneously use different strategies with the same instruments, as well as for those who use locking when the price goes in the opposite direction.

The trading terminal on MT5 accounts has the same features as MetaTrader 4, but it’s more versatile and possesses extensive capabilities, allowing to create your own algorithms. The platform includes an economic calendar, an improved chart with 21 timeframes, and a number of indicators that weren’t present in the previous version.

One of the main advantages is the ability to use not only built-in analytical resources, such as MT5 tables, indicators and charts, but also to create your own technical indicators. This is possible thanks to the MQL5 programming language, created specifically for trading.

Thanks to the extensive development toolset, traders can create trading robots or expert advisors (EA) and get very accurate market analysis and forecasts.

For several years now, traders have been reluctant to move from the familiar MetaTrader 4 to MT5. But after the transition, it turns out that a slightly different design and additional features won’t prevent you from learning your way around the new platform in a couple of minutes, provided you have the experience of trading in the previous version. 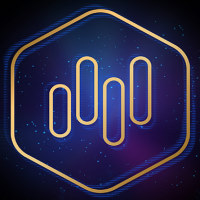