OBRinvest: The Most Trending Stocks in One Place

Trade your favourites – Apple, Microsoft, Tesla, Netflix, Alphabet, Facebook and more – with powerful CFDs. Choose from a full selection of CFDs on the world’s most trending large cap companies. Speculate on price moves higher or lower with equal ease. Trade on your favourite strategies with the world’s largest companies and the most liquid shares. Why wait, when you can start trading stocks today?

CFDs on stocks are ideal for an access to the world’s top equities without the need for expensive international brokers and cumbersome account requirements.

A stock, also called an equity or a share, represents a partial ownership in a publicly traded company. Individuals purchase stocks to share in the profits and the wealth building that a company can provide. Investors can benefit from stock ownership in two ways:

The second method is the fastest way to earn in the stock markets as some stocks might increase by 10%, 20% or even more in a single day. A class of traders known as day traders, attempt to catch moves like these by buying and selling stocks in the same day, or even in just hours or minutes.

There are many popular stocks around the world and the universe of stocks currently enjoying popularity changes along with the changes in the economy. This year might see the technology sector in favour and traders will look into some trending shares like Amazon, Apple, Microsoft, and Intel. Next year could see energy stocks come back into favour and then traders will be looking at names like Exxon Mobil, Baker Hughes, Chevron, and Schlumberger.

The most popular large cap stocks get added to popular indices, so to see a short list of the most popular U.S. stocks you might look at the Dow Jones Industrial Average (DJIA) or the Nasdaq 100. For a similar list in the UK, look no further than the FTSE 100. Germany has the DAX 30 and France has the CAC 40. There are similar indices in most countries of the world.

Stocks Effect on the Indices Market

While an individual stock might only be a small part of a larger index it can still have an impact, particularly in indices like the DJIA where the index is only composed on 30 stocks. A sharp drop in just one of those stocks can drag the entire index down for the day.

Stocks have a number of advantages over other asset types, whether you’re a short-term investor or a long-term investor. One of the top advantages to invest in stocks, is the ease with which you can gather information. All of the financial details are published and publicly available. Most companies will also issue guidance regarding their expected sales and earnings. This can make it easier to find the proper investments.

Another advantage to invest in stocks, is the huge diversity that’s available. There are literally tens of thousands of individual stocks, representing every single facet of the economy. Traders will never lack for ideas when they trade in stocks.

Consider our trader Joe. He has been keeping close tabs on the semiconductor industry and specifically on the GPU maker Nvidia. Joe has seen signs that Nvidia has been increasing its sales and market share over the past few quarters. He believes that this quarter the expectations for the company earnings are far too low, and that Nvidia will easily outpace those expectations when it reports its earnings.

Ahead of the earnings report he decides to buy 200 shares of Nvidia using his favourite CFD broker. At the time, Nvidia is trading at $520 a share. If he was buying the stock, he would need $104,000 to purchase 200 shares, but since he is using CFDs he is able to purchase using leverage and is only required to put up 0.25% margin. That means he needs just $260 to control 200 shares of Nvidia.

When the earnings are released, Joe might see the stock trade sharply higher if his analysis was correct. A 10% increase will net Joe a return of $104 on his trade. However, the company could also disappoint and a 5% drop would give Joe a loss of $52 on his trade. 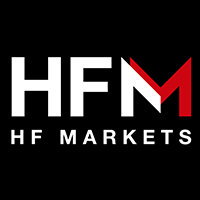 HFM the multi-asset global broker of choice with over 3.5 million clients introduces the HFM Trading Classes, exclusive to their traders, where new and experienced traders can learn strategies...

When a company pays shareholders dividends, it reduces the company's value by the dividend amount. The dividend payout leads to the share price reduction...

Every trader looks for a high level of security. Unfortunately, this request is not groundless. New fraud schemes appear every day, and not everyone can protect themselves...

2022 was a year of unprecedented changes and struggles in the financial markets. For us at OctaFX, it was a year full of hard work that helped achieve several important milestones...

AMarkets will participate at iFX EXPO 2023

AMarkets invites you to visit booth number 92, where you will have the opportunity to meet AMarkets’ top managers, exchange experiences and participate in our prize draw...