The Terra stablecoin UST’s depegging issue caused a widespread dump in all crypto assets as the debacle starts to deteriorate. On Monday, huge volumes of redemptions for the UST caused the peg to drop from $1 to $0.62 cents in a span of 6 hours. To defend its peg, the LUNA Foundation had to either sell their BTC or use it to borrow funds to support UST as printing more LUNA to sell would crash LUNA’s price, which has dropped more than 50% in a span of less than 10 hours.

The loan that LUNA got from using its 100,000 BTC as collateral could not stop the price of UST from falling even after it was utilised completely. Traders were on panic mode as high volumes of BTC were reportedly being sent to exchanges. More than 83,000 BTC were being sent to centralised exchanges on Monday as its price tanked towards $30,000. Onchain analytic firms have identified this sender to be the LUNA Foundation.

Unverified rumors had it that the very infamous hedge fund that gave the loan for LUNA’s 100,000 BTC used the BTC to short the market, causing both UST, LUNA, and BTC to tank. The result was that UST broke its $1 peg, triggering a run on the UST stablecoin.

This event has caused long liquidations of around $1.1 billion on Monday as prices of altcoins tanked an average 20% on Monday alone. Proof of the BTC being sent to exchanges for sale could easily be seen by a large volume of BTC being sent to exchanges on Monday. Some investors tried buying the first dip. El Salvador bought 500 coins at an average price of $30,744, while Justin Sun of Tron bought 500 BTC with average price $31,031.35.

Despite these sentiment boosters, the price of BTC continued to slide where it hit a low of $25,500 after the US CPI numbers released on Wednesday were hotter than expected. In such a situation, needless to say, the LUNA token continued to dump till almost zero after the Terra team revealed a plan to mint more LUNA to support the UST redemptions. The UST-LUNA saga even caught the attention of US Treasury Janet Yellen’s attention very fast, who took the opportunity to urge Congress for the plan to regulate stablecoins ASAP.

On Thursday, after a Financial Times report that singled out USDT as the next stablecoin that could cave, the USDT stablecoin went off peg for a couple of hours, falling from its $1 peg to $0.83 as retail participants in Asia tried to exit the USDT due to the scare they had from UST. However, USDT is not the same as UST and after the Tether team wrote a brief note on Twitter that they will exchange for $1 anyone who redeems USDT from them, the price of USDT went back to the $1 peg.

However, the crypto ecosystem appears to have been shaken in the short term as the total supply of centralised stablecoins declined for the first time in history as people bailed out of the crypto market and did not even want to hold on to stablecoins, but redeemed them for fiat. The total supply of centralised stablecoins fell by around 8.3% just last week after the UST crisis. As a result of the dump, realized losses by BTC holders have hit the 2nd highest in history.

Not All Was Gloom As BTC Whale Longs Surged

While the situation appears gloomy now, the market is not without good news for long term holders. On Thursday, the German Finance Ministry announced that private individuals will not have to pay taxes when selling BTC or ETH if they have held the assets for more than a year. This will encourage individuals to hold their BTC and ETH for at least one year. However, this rule only applies to BTC and ETH and not for other digital assets. Digital assets will only be tax exempt if sold after ten years.

As with the large stash of BTC that had been sent to various exchanges that presumed was from the hedge fund that shorted the market, an equally large volume of BTC was seen to have been withdrawn from exchanges as dip buyers swoop in to scoop up BTC as its price tanked. However, the large withdrawal could also simply be investors withdrawing existing BTC that has been kept at exchanges due to fear of contagion from the fallout of LUNA that could spread to exchange operators.

Another group of buyers, albeit using margin, are whales at Bitfinex as the exchange witnessed its largest surge of margin long trades as the price of BTC started falling, beginning on 9 May when BTC first dropped below $30,000. The whales continued to add longs as price consolidated throughout the week. While the price of BTC subsequently rose to a high of $32,200 on Friday after hitting a low of $25,400 on Thursday, the whales did not take profit as the longs continued to pile. As of now, the whales hold more than 80,000 BTC on margin and are still sending USDT to Bitfinex to support their position. In the event these whales are not able to send the price of BTC higher and prices continue to drop further this week, the unravelling of these longs could make the price of BTC take a further plunge. However, traders are also speculating that these whales could know information that is bullish for BTC which is why the excessively large long position. Regardless, this phenomenon makes events this week very interesting to watch. Finex whales as they are popularly known, were not the only dip buyers. Canada’s Purpose BTC ETF also saw record inflows of 6,900 BTC on Thursday, bringing its total holdings to an ATH of 41,620 BTC.

While BTC has seen huge dip buy interest, another token has seen an even more impressive showing of purchase action. ADA, which has fallen more than 80% from its high above $3 last year, has seen the largest surge in transactions the blockchain has ever seen when the price tanked to about $0.44 on Thursday. This has managed to support the price of ADA and its price has since recovered above $0.50.  However, whether this is a sign of higher prices to come for ADA may depend on broad market conditions, especially upon the performance of the stock market as crypto prices have been mirroring price action in tech stocks very closely this year.

Currently, the BTC funding rate across all exchanges is turning positive after being in negative territory for the past few days, which means traders are getting long biased again after a few days of price consolidation. Typically, a positive funding rate has a negative implication on subsequent price action as longs become more and more crowded and due for a squeeze.

With key US economic data like Retail Sales and Consumer Sentiment to be released in the middle of this week, as well as a major risk event – FED Chair Powell’s remarks about inflation before the Wall Street Journal panel on Tuesday afternoon, some traders may wait out till later in the week after the data dump is over before deciding on their next course of action. 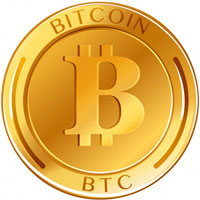 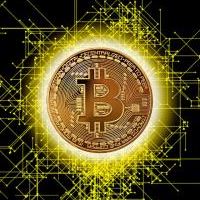 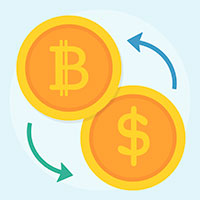