The Rise of EVs

The global transport sector has been witnessing a dramatic shift from petrol and diesel-based cars to electric vehicles (EVs). The Global EV sales took a giant leap in both volume and market share in 2021. The United States is aiming for half of all new vehicles sold to be electric by 2030. Which is quite an ambitious target, when considering that over 15 million new vehicles were sold in the U.S. last year, and EV sales accounted for only 4%.

The global EV market share is still relatively small; however, we’ve witnessed a significant increase from 10 years ago when it accounted for less than 1% of total global car sales. In 2021, electric car sales represented roughly 9% of the global car market and have tripled their market share from two years earlier. The International Energy Agency estimates that there are currently around 16 million electrical vehicles on the road worldwide. 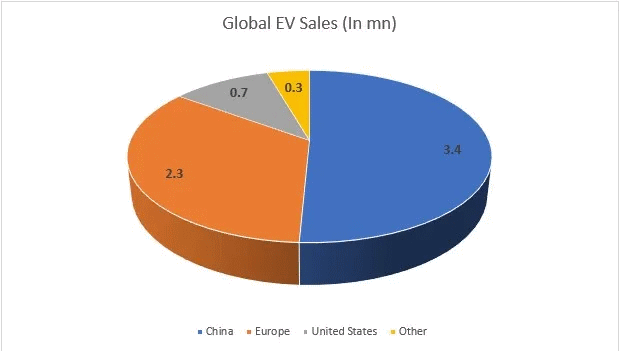 China and Europe are leading the way in global EV sales. China’s electric vehicle sales in 2021, have nearly tripled to 3.4 million compared to 2020. In Europe, electric car sales increased by nearly 70% in 2021 to 2.3 million. 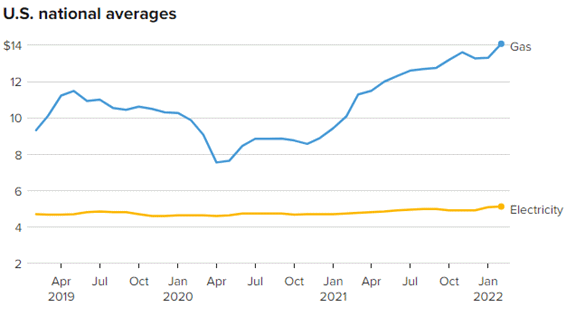 Figure 3. Source: U.S. Bureau of Labor Statistics for the electricity rates and U.S. Energy Information Administration for the gas prices

Due to the increasing popularity of EVs, the oil market is set to be rattled. Many energy experts are anticipating diminishing oil demand regarding transportation across the globe. Norway’s Equinor ASA sees an aggressive drop in oil demand. Equinor stated that “Global demand of oil for transportation will drop 47% between 2018 and 2050 due to improvements in fuel efficiency and electric vehicles”.

But the case for EVs significantly reducing global oil demand may not be as clear as it seems. Goldman Sachs recently mentioned that it seems that the overall oil demand for the transportation sector is set to peak by 2026 and highlighted that “Petrochemical wills become the new baseload for oil demand”. Petrochemicals are components that are extracted from oil and gas are used in various kinds of daily products including plastics, fertilizers, packaging, clothing, digital services, medical equipment. They are also required to manufacture several parts of our renewable energy system, including batteries, solar panels and wind turbines.  In addition, according to the IEA, it will account for more than one-third of the growth in world oil demand by 2030.

It is still uncertain to what extent the EV market will impact demand on the global oil market. But it is almost certain that the potential outcomes for both oil and gas are heavily dependent on governmental policies and how aggressive these policies are to decarbonize.