The Resignation of Liz Truss & Its Impact on The Pound

During the London trading session on 20th October 2022, leader of the governing Conservative party in the UK, Liz Truss, officially announced her intention to resign, leading her to become the shortest-serving prime minister in UK history. In the span of 45 days in office, the economic turbulence that Truss brought to the UK shook out countless of investors as the proposed monetary policies were too impactful.

Just like any other major economy, the UK is currently being eroded by high inflation from monetary policies during the Covid-era. On 21st October 2022, consumer price index figures in the UK rose to 40-year highs at 10.1% [1]. The Bank of England’s (BoE) has attempted to quell the heat of inflation through an aggressive rate hike cycle, but efforts seem to be futile.

Fuelling the inflation flames is the on-going Russia-Ukraine war which has depleted the supply of energy to nearby nations such as UK and the Eurozone. Before the conflict, Russia supplied the UK with gas, oil, and coal. However, the import of gas and coal were cut-off as the conflict escalated. While the UK does not rely on Russian energy as much as other European nations, the inflationary impact due to lack of supply can be felt through the UK [2].

In the meantime, the UK government were discussing and planning possible energy bills to curb the energy-related inflationary pressures.

Throughout the 45 days Liz Truss was prime minister, GBPUSD declined a total of 2.06%. With Pound weakening from UK’s government policies and the US Dollar rapidly gaining in value, this led to GBPUSD sinking to 1.30565, creating all-time lows and sinking to levels not seen since 1985.  After much persuasion from the IMF and intervention from the BoE, the pound recovered some of its losses, climbing back up from its all-time lows and is currently trading within a consolidation.

What’s next for the UK?

Even though Truss has resigned, the geopolitical and economic conditions appear to be bleak. Inflation is still plaguing the nation, recessionary fears are growing exponentially as BoE aggressively raise interest rates, and reduction of energy supply from Russia are still dominant news headlines in the UK. Moving forward, the new prime minister, Rishi Sunak, would need to heal the economic damage that Truss has caused while in power.

As the Pound moved aggressively lower during the time Truss was prime Minister, the future movement of GBPUSD may not be dependent on who Sunak is. Rather, it could be dependent on what the BoE’s monetary policy is, more specifically, on interest rates. With inflation at all-time highs and interest rates at 2.25%, an even more aggressive rate hike of 75 bps could be what the Pound needs to start its bullish run. 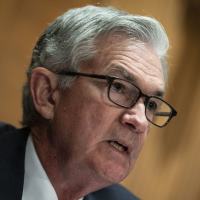 How does Black Friday affect trading? OctaFX asked its clients about their attitudes towards the shopping season

What are the attitudes of traders toward the Black Friday period? What are their trading patterns during the shopping season? OctaFX asked its clients all the most important questions...