Let's go short with the EUR/USD

The fresh FOMC minutes were released a couple of hours ago. And we guessed it right, senior officers again came to the conclusion that it is necessary to analyse a greater amount of economic data before raising the interest rates. Although some Committee members think that rates should be raised quite soon, but those opinions just are a part of the minority.

Yet again the Committee leaders want to get more inflation data. Some FOMC members think that if the inflation grows, then there will be enough time to raise the interest rates. The classic rule of macroeconomics state that when the inflation grows, then interest rates will grow, too. Thus, a steady growth of overall prices is exactly what we need. At that pace, inflation levels should approach 2% soon! The Committee understands it very well as the FED could put the American economics thought the recession zone again, letting the rate hike happen in the absence of an inflation. Would the USA really need that?
This is why we constantly keep talking about FED not being able to raise the rates during this year.  Although we still think that it might be possible in December, as it happened like that last year.

The market is really hoping that the rate hike will happen!  And we all know that the market is a living and breathing organism. Or more accurately rising and falling  organism, which lives on expectations and takes  profit in response to current events.

For the EUR/USD pair, we remain bearish. Now, the price approached a broken ascending channel the second time in a row. The price has approached this level many times before. We recommend to sell the Euro and then will wait for the evening star to form as it will signify the full bottom reversal of the Euro. We can sell it at the market (1.1280) – a stop should be put off at the level 1.1322, and then a limit order should be placed to start selling. This is a rather conservative way of trading:

The Japanese Yen is moving under a broken descending channel in the monthly timeframe for the third month in a row:

Now again we touched a broken channel and the mental level of a 100.00, which we have stayed away from and instead actively buying the pair. We suggest you to buy the pair for the current price of 100.30 hiding the protection order behind the tail of the last bullish engulf of – 99.50. The profit is at the level of 102.00 and further on until the daily downtrend:

Let us remind you that this material is provided for informative purposes only and cannot be considered as a direct go ahead to implement transactions in the financial markets. 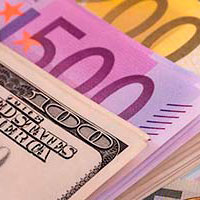 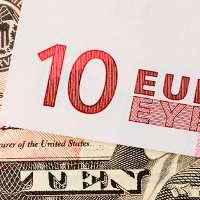 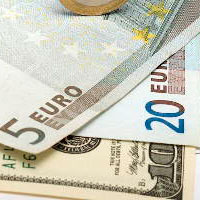 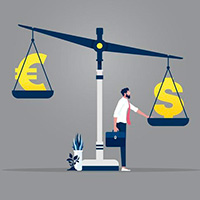 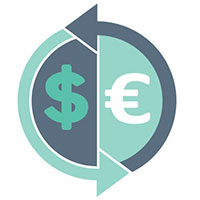