Early in another week of September, EUR/USD is significantly falling and trading at 1.1790. The major currency pair started moving downwards after negotiations between American and Chinese Presidents. It was their first conversation in seven months. The key topics discussed were economics and mutual interests, including the areas where the parties are still far away from consensus.

Additional support the “greenback” got from the statistics on the Producer Price Index, which improved pretty much in August. As a result, American inflation is likely to remain quite high but the logistic structure for producers may remain as tough as before because of the pandemic effect.

In the H4 chart, after breaking 1.1840 to the downside and finishing the fifth descending structure at 1.1780, EUR/USD is expected to form a new consolidation range near the highs. If the price breaks this range to the upside, the market may resume trading upwards to test 1.1850. From the technical point of view, this scenario is confirmed by MACD Oscillator: its signal line is about to leave the histogram area and start another growth towards 0. After breaking 0, the line is expected to continue growing towards new highs of the indicator. 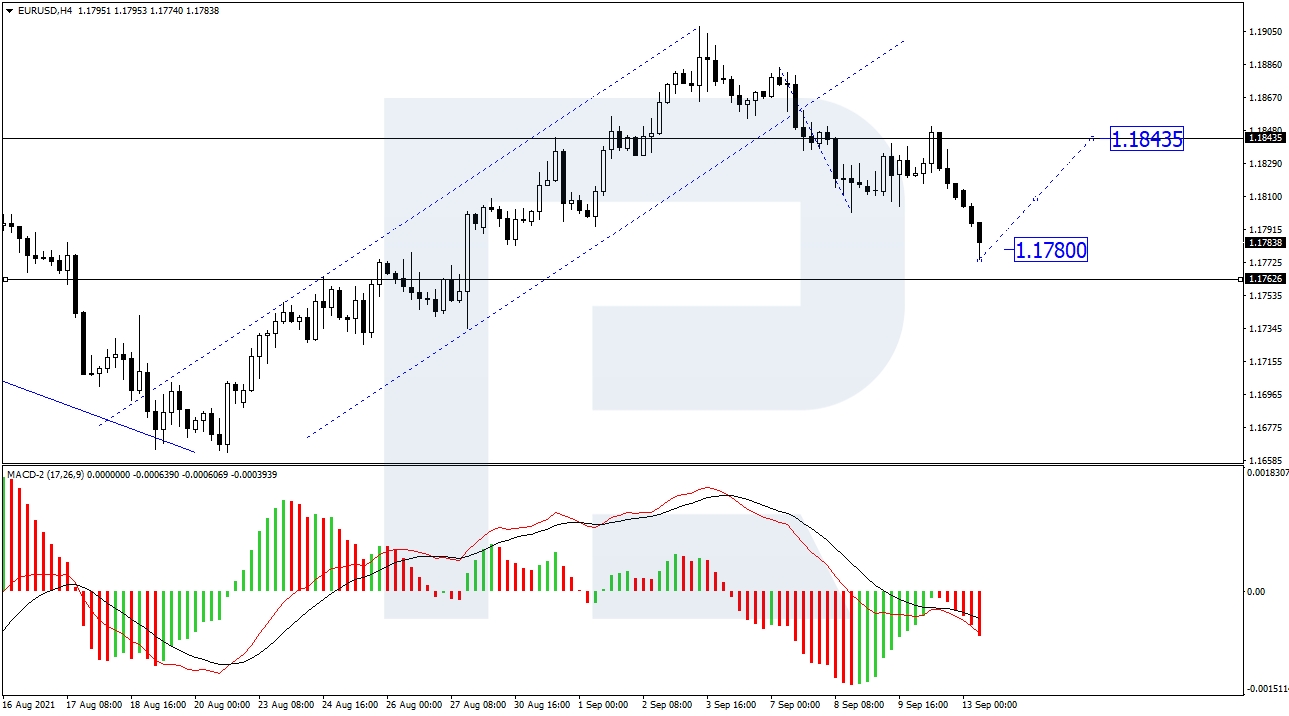 As we can see in the H1 chart, EUR/USD is consolidating above 1.1780 and may later grow to reach 1.1809. After that, the instrument may fall towards 1.1790 and then start another growth with the short-term target at 1.1830. Later, the market may correct to test 1.1809 from above and then resume trading upwards to reach 1.1850. From the technical point of view, this scenario is confirmed by the Stochastic Oscillator: after breaking 20 to the upside and leaving the “oversold area”, its signal line is steadily moving towards 50, a breakout of which may lead to further growth to reach 80.

The Euro is holding the fort

EURUSD remains strong in anticipation of the US statistics. The major currency pair is trying to keep its positive momentum. The current quote for the instrument is 1.1604...

The euro rose on Wednesday as the dollar fell after the publication of U.S. inflation data. U.S. consumer prices rose in September as Americans paid more for food...

Have the bulls got what it takes to push Euro to higher ground?

The Euro on the H4 time frame was in a bearish trend until 6 October, when a lower bottom was reached at 1.15292. Bulls found the price attractive there and demand...

The Euro managed to strengthen

EURUSD is rising a little bit on Monday afternoon; investors are hoping for a calm trading session. Early in another October week, the major currency pair is slowly growing...

Early in a week, the major currency pair is growing; the asset is trading at 1.1585 and may gain even more weight. The greenback dropped a bit after the USA reported...

EURUSD is moving below Ichimoku Cloud, thus indicating a descending tendency. The markets could indicate that the price may test Tenkan-Sen and Kijun-Sen...