Early in a week, the major currency pair is growing; the asset is trading at 1.1585 and may gain even more weight. The “greenback” dropped a bit after the USA reported on its labour market for September. For example, the Unemployment Rate fell to 4.8% in September after being 5.2% in August – and that’s great news. The Average Hourly Earnings added 0.6% m/m after expanding by 0.4% m/m the month before. However, the Non-Farm Employment Change showed only 194K after being 366K in August and against the expected reading of 490K. Obviously, the country’s economy is still suffering from labour shortages and delays in delivery.

This employment data is the last one before the November meeting of the US Federal Reserve System, during which the regulator is theoretically expected to decide on its stimulus program.

In the H4 chart, after reaching the short-term target at 1.1530, EUR/USD continues forming the descending wave; right now, it is correcting. Possibly, the pair may grow to test 1.1600 from below and then and then forming a new descending impulse towards 1.1500. Later, the market may form a new consolidation range there. After that, the instrument may break this range to the downside and start another decline with the target at 1.1382. From the technical point of view, this scenario is confirmed by MACD Oscillator: its signal line is steadily growing towards 0. Today, the line is expected to rebound from this level and resume falling towards new lows.

As we can see in the H1 chart, after forming a new consolidation range around 1.1560 and then breaking it to the upside, EUR/USD is expected to continue the correction towards 1.1588. After that, the instrument may fall to reach 1.1570 and then resume trading upwards with the target at 1.1600. All ascending structures should be only considered as correctional – the asset may start plunging towards 1.1500 at any moment. From the technical point of view, this scenario is confirmed by the Stochastic Oscillator: its signal line is moving below 80. Later, the line is expected to fall towards 50, a breakout of which may lead to further decline to reach 20. 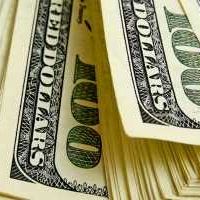 The "greenback" got even stronger

EURUSD will have to consider an earlier reduction of the US QE programme. The major currency pair reached stability on Wednesday after "rolling in rough weather" the day...

The demand in the greenback is increasing

After making a short pause on Friday, EURUSD is falling again. The major currency pair is under pressure again after a short break. The current quote for the instrument...