The price of Gold, on the D1 time-frame, made a short-lived downward shift until March 16 when a lower bottom was recorded at 1451.13.  Buyers found the price attractive at that level and took control of the market.

After the bottom at 1451.13, the market rushed through the 15 and 34 Simple Moving Averages and the Momentum Oscillator pierced the zero baseline into positive terrain. This might have warned technical traders of a likely price reversal or early formation of a new trend.

The possible reversal was supported by a series of Strong Bullish Japanese Candlesticks that occurred during the upward market drive. 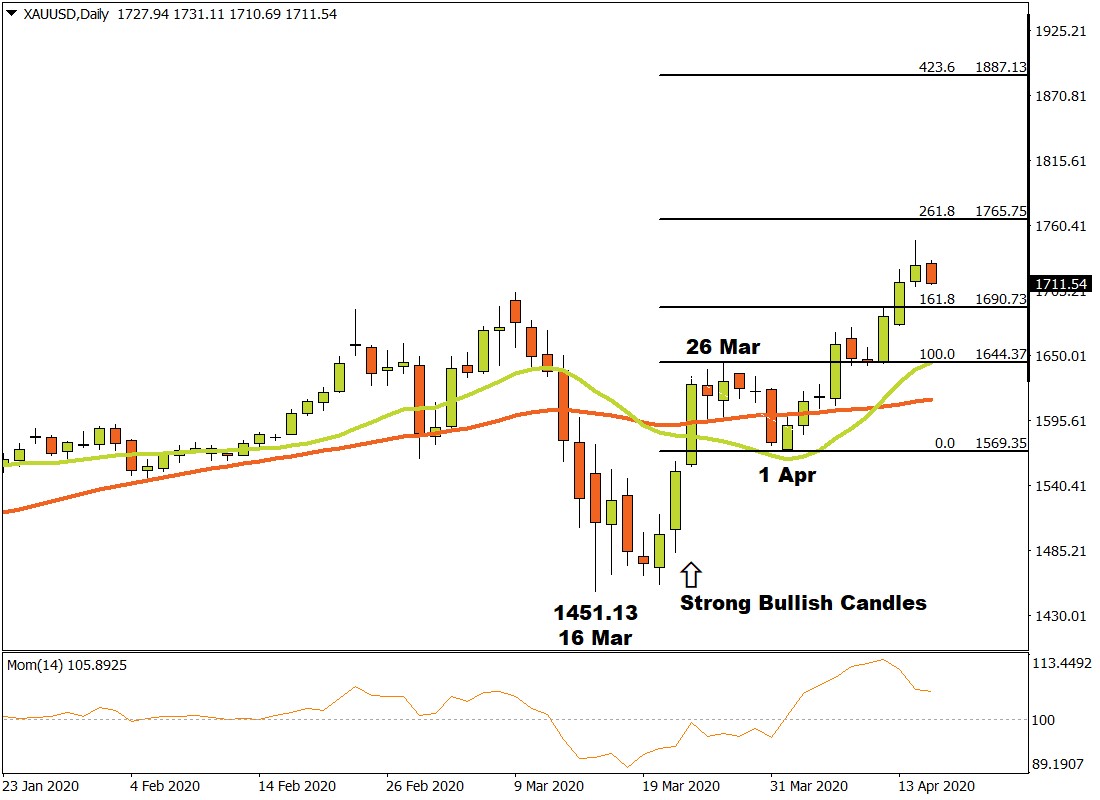 A probable critical resistance level formed when a top was recorded on March 26 at 1644.37. Bears then tried to drive the market lower but after forming a bottom on April 1 at 1569.35, bulls overcame the selling pressure and the market surged upwards again.

If the 1569.35 support level or one of the subsequent higher bottoms formed by the current uptrend are broken, the above anticipated price targets are therefore nullified.

As long as the price continues making higher tops and bottoms, thus confirming an uptrend is in place and demand is overcoming supply, the outlook for Gold on the Daily time-frame will remain bullish.

The Euro rebounded from the low

After updating its multi-year lows again, the major currency pair rebounded. The current quote for the instrument is 0.9656. Last night, the local interest in risks improved a bit, helping the asset to successfully correct...

The precious metal is largely considered as a hedge to inflation, but it has not confirmed this status during the current year. It did kick it off with a rally, but as the Fed begun hiking rates back...