There’s no other way to describe it - the dollar has continued to “tank” this week falling to its lowest levels in nearly a month, which comes ahead of one of the most significant non-farm payrolls reports set to be released in a long time. And that is saying something after the 18 months of lottery NFP data we have seen across the pandemic crisis. The key question is whether job growth will be strong enough for Chair Powell and the majority at the FOMC to conclude that employment also fulfils the “substantial further progress” test needed to commence tapering.

The median consensus headline figure is now at 725k having drifted lower after disappointing ADP figures and a contracting employment component in the ISM manufacturing index.  Will the mismatch between supply and demand in the hiring process be seen in the most important labour data?

Higher than 900k should see a bouncing dollar and stock selloff, while a disappointing report, a bit lower than the median, will mean equities get a lift from the reduced taper chances and the dollar drifts. A very disappointing report could see the greenback find a bid as stocks take the brunt of the disappointment with real bond yields falling.

The main dollar index is heading towards next support at 91.78 which is the end of July correction low. The comparable level for EUR/USD stands at 1.1909 with the euro on a winning streak not seen since last summer. The ECB hawks heard on the wires all this week are now in a blackout period ahead of next week’s ECB meeting. Markets will continue to get all giddy about the ECB potentially reining in its emergency bond purchase programme (PEPP). 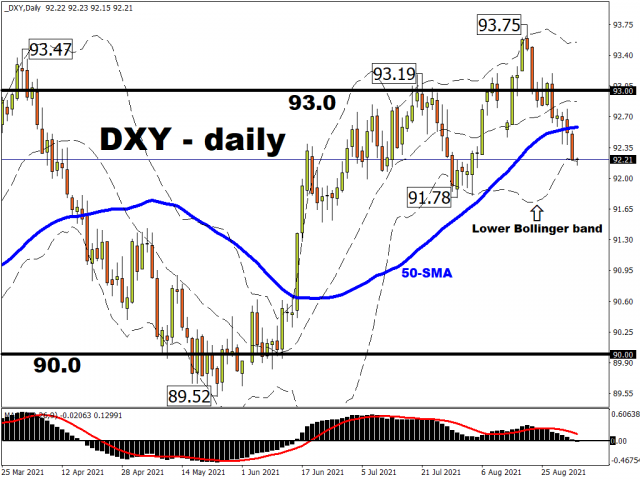 Dollar bears have pierced trendline support from the June lows above 92.50 and also the 50-day moving average. The pro-risk mood has certainly propelled the previously beaten down AUD and NZD higher, with the antipodean currencies up over 1.5% on the week.

The precious metal has consolidated this week, so far printing a “doji” candle just below the recent highs. Bugs appear to be on standby ahead of this afternoon’s report. 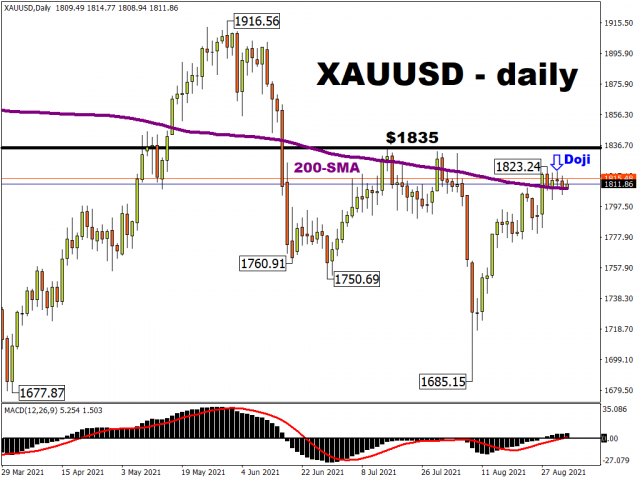 The dollar was up modestly in early trading in Europe on Monday, at the start of a key week for central bank meetings on both sides of the Atlantic. By 03:00 ET (08:00 GMT), the dollar index...

China Stock market returns from Luna New Year break. Chinese stocks rose while most other Asian equities fell as investors looked to interest rate decisions scheduled this week in the US...