Today we’re looking at oil as the price looks to have started to stall after a steady two-week decline. Key support continues to hold, but seller’s signs remain. After the initial pullback, buyers once again got price back into the 100 dollar area. This was short-lived after the US released emergency crude to overload supply and cut oil prices lower. The news had an immediate effect as oil prices fell back below the 100 dollar price level.

At this stage, sellers look to be having a real issue at closing below $95.25. You can see below on the daily chart the strong level of support that has formed. This level runs back to February when it switched from minor support to the current key support. We are also noticing a new double bottom that has also started from around the support area.

A new trend lower remains in play, and we have seen two LHs set up during the decline. The CCI is also in bearish territory, trading below the 0 line. So far sellers are missing a new LL to qualify the pattern of trend. This is where the demand/support level really comes into play. 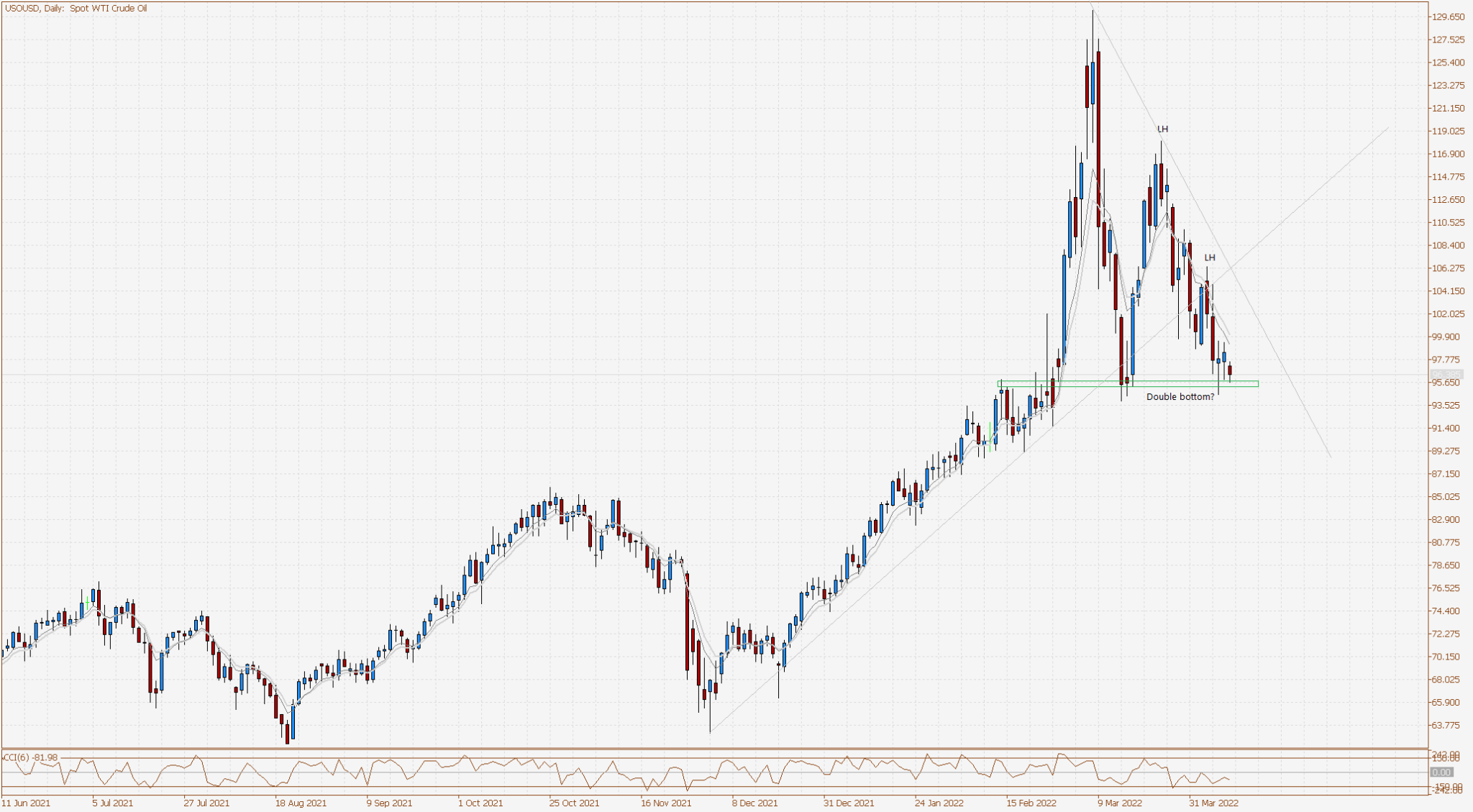 If buyers can maintain it we could see a new move higher develop. A new HL off the level backs up the level and growing buyer strength. A breakthrough with a close below support sets up the idea that the current move lower is not over and the 90 dollar area could be a lower target. The next several sessions should be interesting for oil and hopefully, give us an idea of the direction to come. We are wondering if we do see a new rally above 100, will the US release more oil to quash it?

USD Index extends the breakout of 102.00 ahead of data

The index moves further north of the 102.00 barrier. The Fed starts its 2-day meeting later on Tuesday. CB Consumer Confidence, housing data next of note in the docket...

The dollar was up modestly in early trading in Europe on Monday, at the start of a key week for central bank meetings on both sides of the Atlantic. By 03:00 ET (08:00 GMT), the dollar index...

China Stock market returns from Luna New Year break. Chinese stocks rose while most other Asian equities fell as investors looked to interest rate decisions scheduled this week in the US...