OctaFX glances at current economic shifts - the good, the bad, and the strange

Pandemics and health crises, political tensions, geopolitical tension flashpoints popping up, Western sanctions on significant European and Asian economies, and grave tensions between nuclear powers all have had their toll on the financial markets worldwide. The rattling of current affairs and world politics does not seem to seize anytime soon. The international broker OctaFX expert team is convinced it's time to keep some accompanying phenomena in mind.

Return with a vengeance - inflation

Turkey is drowning in an inflation rate of over 78 per cent. The Australian government agencies expect a 5 per cent inflation rise in 2022. Southeast Asian countries have also experienced an inflation hike. For example, this July marked a 7-year inflation rate peak for Indonesia, where the rate surged to 4.9 per cent, surpassing the central bank forecasts. As of this writing, the United States of America officially have an annual inflation rate of 8.3 per cent. In June, the rate was even at 9.1 per cent—a 40-year high from its rates back in 1981–1982.

Such growth is significant since it indicates systemic changes to be established soon, manifesting across the board and worldwide.

There is a down-to-earth aspect to all of this, as well. How is the ordinary individual supposed to react to such global processes? The financial and trading expert Gero Azrul gives an critical edge for investors and traders in this regard: 'Within this unprecedented economy, we must rely on and deepen our skills—especially with risk management and sound psychology. In these financial markets, we need to have confidence in what we can control personally rather than trying to control external factors.'

The two goliaths - correlation between EUR and USD

Both national currencies, the European euro and the U.S. dollar, are world reserve currencies, although the latter is the undisputed frontrunner. Since 1999 the exchange rate showed the euro to be stronger than the U.S. dollar. Now the euro weakened to be almost on par with its American counterpart. The last time the market experienced such a match was in 2002's fourth quarter, nearly 20 years ago.

The U.S. Federal Reserve (Fed) has been much more explicit in its intentions to combat the rising inflation than the European Central Bank (ECB). For instance, the Fed started raising interest rates in March 2022, while the ECB waited for another four months—until July—to follow suit. One main reason for this crucial disparity in monetary policymaking and the ECB's reluctance to be hawkish is that higher rates may provoke a public debt crisis.

All the while, the European proximity to the geopolitical tension also had its share in the euro's weak performance. Many issues caused the euro's sliding performance against the U.S. dollar: Political upheaval in Italy that led to a September general election bringing a new centre-right coalition, farmers' strikes across Europe, and energy and natural gas price hikes. 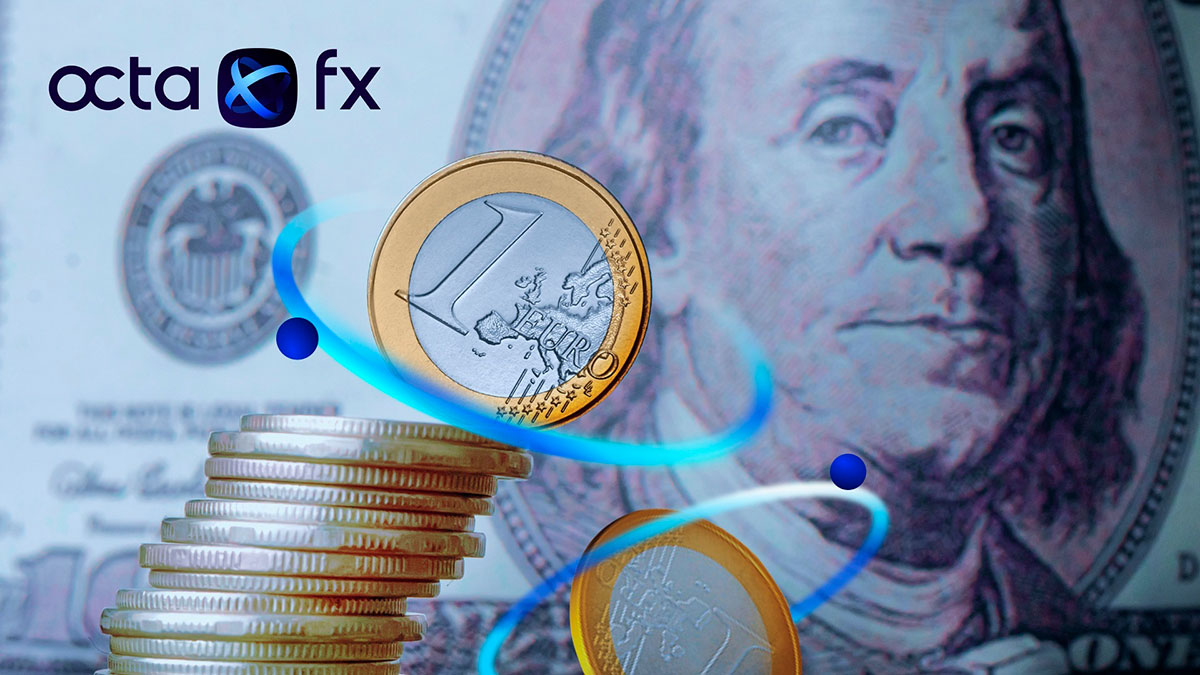 In conclusion, the macroeconomic environment is not looking good. And inflation is not the only reason: the Purchasing Managers' Index (PMI) is constantly dropping, and a significant slowdown of the world economy's total amount of output produced and supplied in the last quarters is all but confirmed. It doesn't matter how much the English Wikipedia article's definition of 'Recession' is manipulated—a recession for the U.S. indeed still is.

It should not go unmentioned that the British pound sterling has recently plummeted in direct comparison to the U.S. dollar, as well, mimicking the euro’s recent weak performance with a slight delay and arriving below 1.07 U.S. dollars per currency unit.

Are new paradigms on the horizon?

In the past weeks, news of Middle Eastern energy giant Iran applying for the BRICS membership soon arose. BRICS is a close assembly of the five major emerging economies of the world—Brazil, Russia, India, China, and South Africa. A few days ago, even Algeria, which is also rich in natural resources like oil and gas, officially announced its plans to join the alternative supranational association.

BRICS is all the more interesting because, amidst the world economic trembles felt by most countries, this year, its members announced a new innovative basket reserve currency for their global ecosystem of the economic corporation. The currency basket's content naturally comprises the Brazilian real (BRL), South African rand (ZAR), Russian ruble (RUB), Chinese renminbi (CNY), and Indian rupee (INR). This idea goes back to their first summit in Yekaterinburg in 2009. Just by its mere existence, this new global reserve currency will contest the U.S. dollar's historical supremacy as the world reserve currency so far.

Furthermore, the 22nd Shanghai Cooperation Organisation (SCO) summit in Uzbekistan revealed a deeper and more serious approach to the aspects mentioned above—the list of participants was only slightly modified, with China again at its helm. With complete independence from Western preferences, Asian countries like India, Russia, Kazakhstan, Pakistan, Kyrgyzstan, Tajikistan, and Uzbekistan agreed to invest trillions and billions of U.S. dollars in infrastructure and trade projects—realised in the coming years.

These efforts for autonomy are already accompanied by escalating political tensions between Beijing and Washington, DC, as the visit of the U.S. House of Representatives speaker, Nancy Pelosi, to Taiwan on 2 August indicated. Beijing saw this diplomatic act as an apparent breach of the One-China policy the U.S. officially subscribed to—until lately, at least. Sanctions from China's side and further hostilities with Taipei and Washington D.C. can be expected. These tectonic movements in the global financial infrastructure and plain politics will also majorly impact the Foreign Exchange market—possibly leading to fascinating paradigm shifts.

OctaFX is a global broker that has been providing online trading services worldwide since 2011. It offers commission-free access to financial markets and a variety of services utilised by clients from 150 countries who have opened more than 12 million trading accounts. Free educational webinars, articles, and analytical and risk management tools the broker provides help traders reach their investment goals.

The company is involved in a comprehensive network of charity and humanitarian initiatives, including the improvement of educational infrastructure, short-notice relief projects, and supporting local communities and small to medium enterprises.

In the APAC region, it managed to capture the 'Decade Of Excellence In Forex Asia 2021' award and the 'Best Forex Broker Malaysia 2022' by Global Banking And Finance Review, World Finance, and Cfi.Co, respectively.

Before getting down to analyzing why Euro reminds of a mafia victim in cement shoes falling off a Chicago bridge, allow us to open it up with a meme joke that best describes this whole ordeal...

Why is western media so positive about the Chinese stock market?

Premium news sites in the US and Europe are now saying that everything is suddenly going right for China’s stock market. Headlines announced Hong Kong stocks...

Markets quiet down on Black Friday

The 22nd education of the FIFA World Cup is scheduled to take place this year in Qatar from 20 November to 18 December 2022. This marks the first-ever World Cup held in an Arab nation and the second...

Is GOOGL breaking out?

After a long and bearish year for Alphabet Inc, the GOOGL chart shows a possible reversal. Is it just a brief resistance along the downward trend, or is there something...

The impact of football on the stock market

Football is one of the most popular sports worldwide, and has won the hearts of millions. The game brings together people from different walks of life, impacting not only the emotions and hearts of fans...