Oil’s correction in rumors about further production cuts by OPEC

The price of Crude oil resumed the downward movement after failing to cross above the daily trendline which was valid since late June.The price only rebounded to the upside in the last 2 sessions after rumors by OPEC+ for further production cuts to increase the price of “black gold”.  On the technical point of view the price started a correction move on Monday and is currently trading around the $78.50 price area after finding support on the lower band of the Bollinger bands.

Even though in the last OPEC meeting the announcement of production cuts might have supported the price of oil in the short term, Chinese demand for the commodity is seriously affecting its price after Covid deaths in the previous week reinforced the fears of further lockdowns in the world’s top oil importer, said Antreas Themistokleous, market analyst in Exness The European union is also expected to put a cap on Russian crude oil after the ban on purchases that come in effect on December 5th. 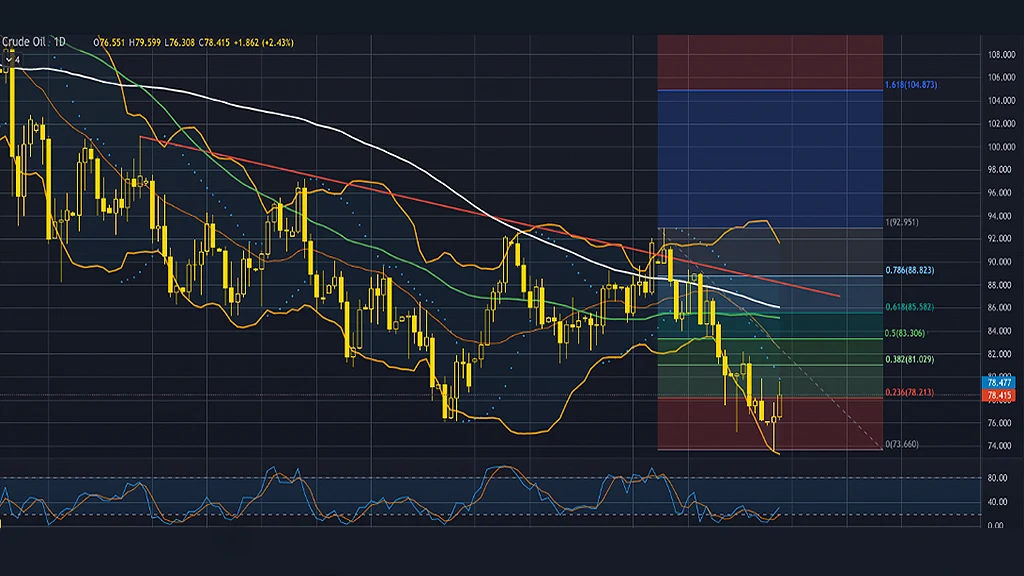 The correction to the upside continuation is further supported by the Stochastic indicator which is near the oversold levels and the Bollinger bands acting as strong support.First point of resistance would be expected around the $81 price area which consists of the 38.2% of the Fibonacci retracement level and also an inside resistance area of mid October. In the event that the price continues to push down we might expect the first point of resistance being around the $73,5o price area which is the 0% of the Fibonacci and also the support area of the lower band of Bollinger bands.