Trump is pushing up the stock market

U.S. equities climbed to almost four-month highs, tracking gains in Europe and Asia, after President Donald Trump postponed the date for boosting tariffs on Chinese imports, taken as a sign of progress in the trade talks. Bonds fell and oil retreated. The S&P 500 and Dow Jones Industrial Average climbed to the highest levels since early November, while the trade headlines boosted carmakers in Europe, fueling an advance in the Stoxx Europe 600 Index. Treasuries and core European bonds slipped, while Italy’s securities advanced. General Electric shares soared after the company agreed to sell its bio-pharma business for a total consideration of $21.4 billion.

In Asia, the Shanghai Stock Exchange Composite Index rallied the most since 2015 and the yuan strengthened after Trump said he will delay the March 1 trade deadline, and as comments from China President Xi Jinping suggested top officials will focus on growth rather than cracking down on leverage. Emerging-market currencies and shares advanced despite China’s state-run Xinhua news agency later publishing a commentary saying talks will be harder at the final stage. 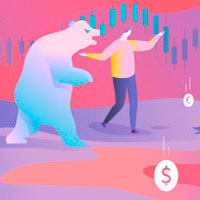 How to boost your mojo

Trading is not a 9-5 job that finishes when you stop. it never sleeps. When you're not trading, you're reading and learning to get better. But there are times...

BOE Governor Mark Carney is due to deliver opening remarks at the BOE's Markets Forum, in London. GBP pairs can move in reaction to comments...