While we’ve all been glorifying in the unending record peaks in stocks markets, bond yields have been trying to move higher. Since mid-summer when the yield on the US 10-year dropped to 1.12% on two separate occasions, traders have been selling debt so pushing up yields. Yesterday, the benchmark 10-year yield rose to a critical breakout level and a high of 1.38%. This mark has not been seen since mid-July and should be a key focus for many in the market. Rising yields put pressure on gold and also the Japanese yen.

Yields above 1.38% could also mean increased volatility across asset classes after complacency has taken hold amid quiet summer markets.

The new leadership in Japan is bringing with it much anticipation of more fiscal stimulus. This is boosting the Nikkei, with a new election also potentially seeing more inflation. USD/JPY is a prime currency mover on higher US yields and we saw a jump yesterday above 110 and the 50-day moving average. 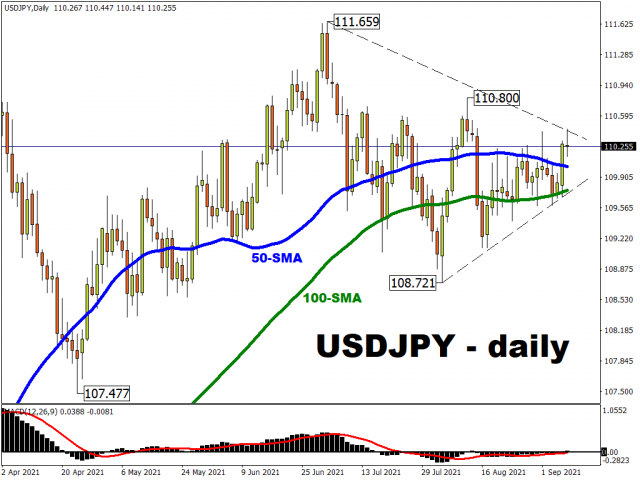 If we do get a breakout in the long end of the bond curve, this currency major could finally move out of its recent range. The August high at 110.80 is the first target for the bulls in USD/JPY with the cycle high at 111.659. The 100-day moving average is acting as support around 109.74.

Gold bugs got excited when we touched recent highs at $1834 last Friday after the disappointing payrolls data. But that seems to be the end of the rally for now as the precious metal plunged yesterday on rising yields and a rebounding dollar. 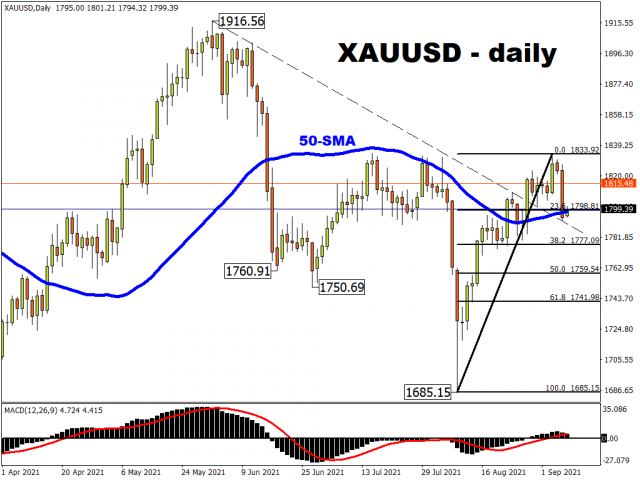 Prices are now approaching trendline resistance from the June highs which now acts as support around $1785. The 38.2% Fibonacci retracement of the recent rally also sits near here at $1777.nvestors may have one eye on the ECB meeting tomorrow for any hints that we get a reduction in the emergency stimulus bond buying program, which the hawks have recently been demanding.

We note too that nothing much is expected from the Bank of Canada meeting this afternoon, principally in light on the imminent federal election.