Despite several leading indicators warning about a loss of momentum in the US economy, the labor market is still firing on all cylinders according to the latest jobs report. Nonfarm payrolls exceeded forecasts with 528k new jobs added in July, the unemployment rate fell to a five-decade low of 3.5%, and wages rose at the fastest clip since January.

Market participants interpreted the stunning strength of the labor market as an omen that more inflation is in the pipeline, which in turn might force the Fed to keep raising interest rates at the speed of light. The implied probability for another triple-barreled rate increase in July jumped to 70% in the aftermath of the jobs numbers, from around 40% beforehand.

But there were some trouble spots too. There has been a stark divergence between the establishment payrolls survey and the household survey this year - the former points to booming jobs growth while the latter suggests the US economy hasn’t added any jobs since March. The difference is that people working two jobs are counted twice in the establishment survey but only once in the household survey, begging the question whether the stellar payrolls prints are exaggerating the true health of the labor market.

In the FX arena, it was another case of the US dollar steamrolling all its major competitors on speculation the Fed will keep its foot heavy on the brakes. The striking part was that this pushed the yield curve deeper into inverted territory as short-term Treasury yields rose faster than longer-term ones, signaling bond market concerns that all this monetary medicine will ultimately choke economic growth.

With global yields cruising higher, the yen suffered the heaviest blow. Since the Bank of Japan refuses to consider tighter policy, the yen gets beaten up whenever markets fret about higher rates and enjoys some relief when recession worries dominate. However, it is questionable how much longer the BoJ can continue to pursue policies that devalue the yen. An extremely weak currency is counterproductive when a nation runs a huge trade deficit, like Japan after energy prices went haywire.

It was a similar story with gold prices. The recent recovery got halted in its tracks, with bullion getting rejected from its 50-day moving average after the payrolls numbers added fuel to hawkish Fed bets, lifting the dollar and real yields.

Over on Wall Street, it was a mixed affair. Share prices got knocked off their high horse initially as the spike in yields took a bite out of valuations, but the S&P 500 managed to erase most of its losses to close only marginally lower, with investors seeking shelter in value stocks.

Futures point to a higher open for the major US indices today, even after the Senate approved the ‘Inflation Reduction Act’, which would raise money from enacting a minimum corporate tax rate of 15% and a 1% tax on share buybacks to fund green energy initiatives and lower drug prices.

In another sign that the Democrats are leaving no stone unturned ahead of the midterm elections, recent reports suggest the negotiations between America and Iran on reviving the nuclear deal are close to bearing fruit. It is unclear whether all the sticking points can be ironed out, but the timing is noteworthy as it is ‘now or never’ for the Democrats if they want to lower gasoline prices in time for the midterms. Speculation around a deal has likely been a driving force behind the latest rout in crude oil.

A selloff in global bond markets has snowballed into a meltdown, sending shockwaves across every asset class. Central banks are still on a crusade to vanquish inflation and governments...

Brent Dropped to Its February Lows

The commodity market is now experiencing a huge stress due to concerns of the reduction in demand for energies. Early in the week, Brent dropped to $85.35 and no other negative factors have... 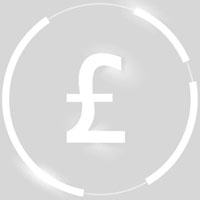 Yen skyrockets after intervention; SNB and BoE hike by less than expected

The US dollar finished Thursday’s session slightly higher or near its opening levels against most of the other major currencies, with the exceptions being the Japanese yen...

The Federal Reserve delivered its third consecutive 75-basis-point rate increase on Wednesday and flagged more sharp hikes in the remainder of the year. Some traders had been anticipating a full percentage point increase...