NZDUSD Daily: Bears back on the battlefield?

NZDUSD on the D1 time-frame was in an extended uptrend until 18 September when a higher top was recorded at 0.67962. Supply pressure then toppled the bulls and the market started moving lower.

After the higher top at 0.67962, the market broke through the 15 and 34 Simple Moving Averages, the Momentum Oscillator crossed into negative terrain as it pierced through the zero baseline, and a Bearish Japanese Candlestick formation called Three Black Crows was formed. All three technical indicators confirmed that the bears have exerted pressure and  this resulted in the start of a likely new downtrend.

A possible critical support level was formed on 24 September at 0.65099 after which the bulls started pushing back and they have since been trying to drive the Kiwi higher. 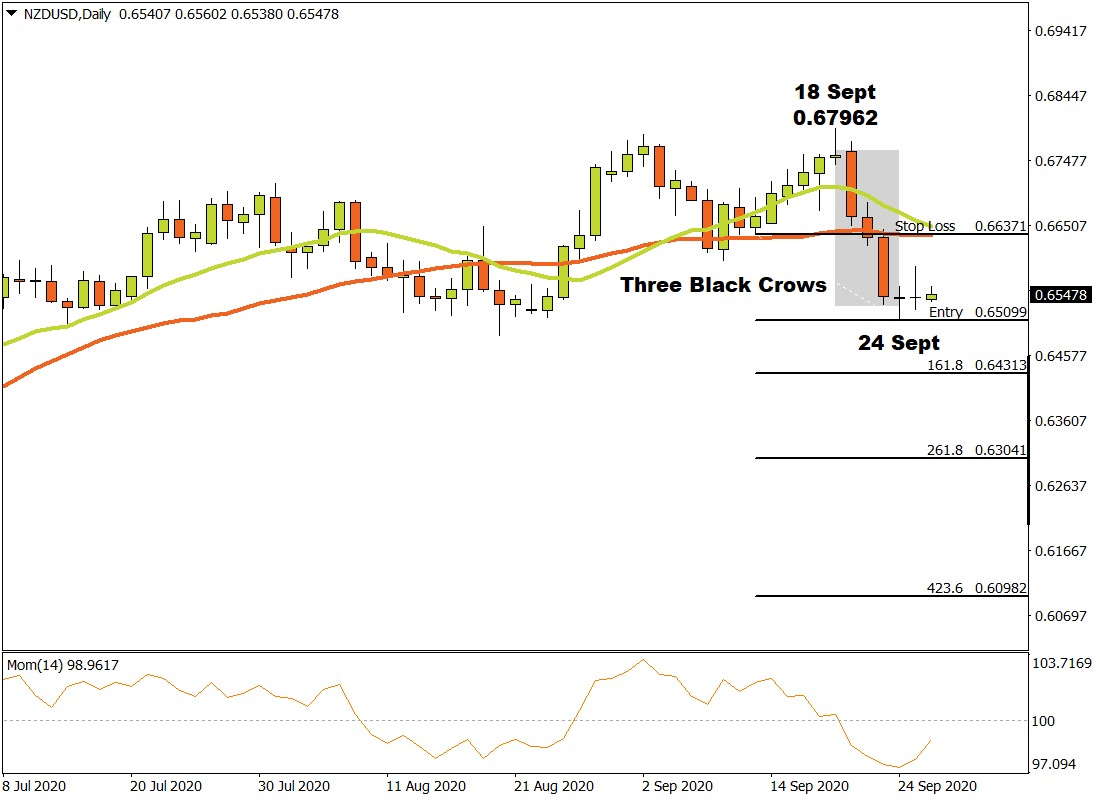 If the resistance level at 0.66371 is broken, the above scenarios are annulled and appropriate action must be taken.

As long as sellers maintain a negative sentiment and supply keeps overwhelming demand, the outlook for the Kiwi on the Daily time-frame will remain bearish.

A dovish Reserve Bank of New Zealand (RBNZ) policy outcome this week, accompanied by a bloated NZD long positioning sees the kiwi breaking under a protracted...

The NZD/USD pair seesawed between tepid gains/minor losses through the early part of the European session and was last seen trading in the neutral territory...

Move beyond 50% Fibo. sets the stage for further gains