The Kiwi pair on the H4 time frame was in a downward spiral until 2 July when a lower bottom was reached at 0.69465. Bulls found the price attractive and demand started overcoming supply. A closer look at the Momentum Oscillator revealed a positive divergence between point a and b, compared to the price at 0.69649 and 0.69465. This could have alerted technical traders that a potential technical reversal was in the making.

After the lower bottom at 0.69465, a bullish Three White Soldiers candlestick pattern combined with an upward move, piercing through both the 15 and 34 Simple Moving Averages and a bullish signal when the Momentum Oscillator crossed the zero baseline into bullish terrain, confirmed a possible new trend in the making. 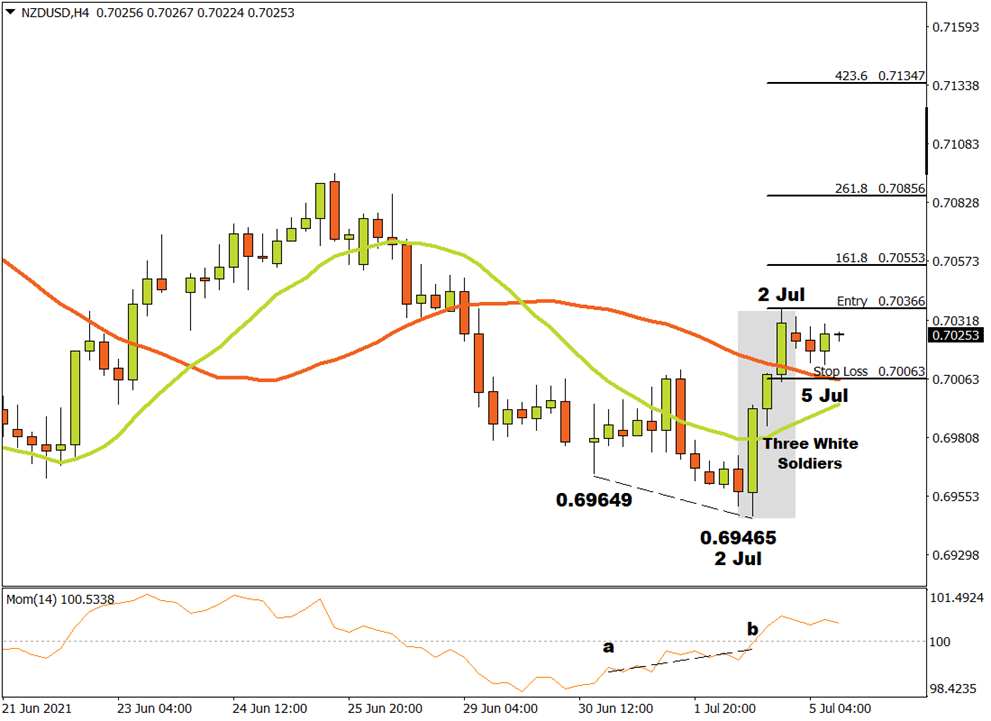 If  the 0.70063 support level is reached, the bullish scenario is invalidated and will need to be re-assessed. As long as bulls maintain a positive momentum and demand overwhelms supply, the outlook for the Kiwi pair on the H4 time frame will remain bullish.

Currency markets remain focused on the US dollar amid heightened expectations that the Fed will might well have to taper sooner rather than later...