One of the concerns some traders have with the memory-of-price strategy is its asymmetrical risk-reward nature. Under the best of circumstance, the setup harvests one unit of reward for every 1.5 units of risk. The memory of price works because it is typically a high probability setup. Indeed, it would have to be accurate 70% of the time in order to have positive expectancy in the long run. However, traders who are uncomfortable with the negative risk-reward ratios may consider a variation on the theme. This version of the strategy does not offer as many opportunities for trades and may be less accurate, but its risk-reward ratios are more in sync with conventional trading, and it follows only a single price entry rule rather than a scale-in approach.

Memory of Price Overview
First, let's discuss the basics of memory of price before we move to our variation. The classic memory-of-price setup is designed to capitalize on spike moves in a currency by carefully scaling into the trade in anticipation of a reversal.
This setup rests on the assumption that support and resistance points of double tops and double bottoms exert an influence on price action even after they are broken. In effect, they act almost like magnetic fields attracting price action back to those points after the majority of the stops have been cleared. The thesis behind this setup is that it takes an enormous amount of buying power to exceed the value of the prior range of the double top breakout and vice versa for the double-bottom breakdown. In the case of a double top, for example, breaking above a previous top requires that buyers not only expend capital and power to overcome the topside resistance, but also retain enough additional momentum to fuel the rally further. By that time, much of the momentum has been expended on the challenge to the double top, and it is unlikely that we will see a move of the same amplitude as the one that created the first top.

Rules for the Long Trade

Rules for the Short Trade

The advantage of this strategy is that it has a slightly positive risk-reward skew of about 1.15:1. To fully understand why, simply use a 100-point segment to calculate the ratios. A trader with a 100-point stop above the swing high would enter at about 33 points above this high, or approximately one-third of the way up. Traders who like Fibonacci numbers may prefer to enter at 38.2% above the swing high, but for matters of simplicity we chose one-third as target entry. That means that the risk on a 100-point segment is approximately 134 points ((100-33) x 2 units). The reward on this strategy is about 150 points. Target No.1 is 50 points, and target No.2 is 100 points. 150/134 is approximately a 1.15:1 risk-reward ratio, which means that even at 50% accuracy, this setup has a positive expectancy.

The Strategy at Work
Now let's take a look at how this setup works under real price conditions.

In this case, the trade reaches our first target but stops us out at the breakeven point on the second half of the position, which is in line with our strategy of never letting a winner turn into a loser.

The Bottom Line
The memory-of-price strategy works well for traders who don't like to take frequent stops and prefer to bank small profits along the way. Because losses with a traditional memory of price strategy can be substantial when the strategy does miss, this variation has a risk-reward ratio that more traders are likely to find acceptable. At the same time, it may be less accurate that the classic memory-of-price strategy. 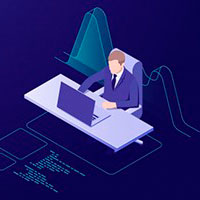 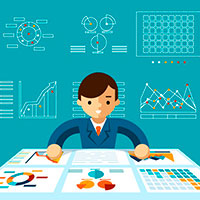 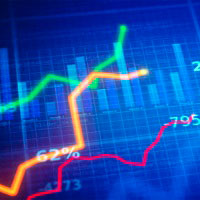 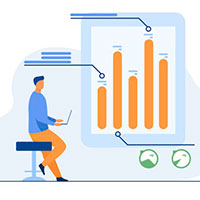