On Monday, the US dollar opened higher than it had on Friday, as traders tried to shake off some of the erratic behavior they had seen on the previous trading day. We retraced to the 50-day EMA, but then rose substantially to create a hammer. Perhaps the buyers are returning, so it will be fascinating to see whether they can hold onto their gains. At this point, it seems that we will attempt a similar maneuver.

As a result of this, the market is expected to experience a lot of upward momentum in the near future, particularly since Friday was virtually a vacation since it is the day after Thanksgiving.

The support rests at 112.84 with resistance at 113.55 and the price is moving below the Pivot Point at 113.30. The EMA of 10 is moving with the bearish bias in the descendant channel and crossed the EMA of 100 and EMA of 200. Both EMA of 100 and 200 are showing a horizontal state. The RSI is moving around the level of 30, the MACD histogram is in negative territory. 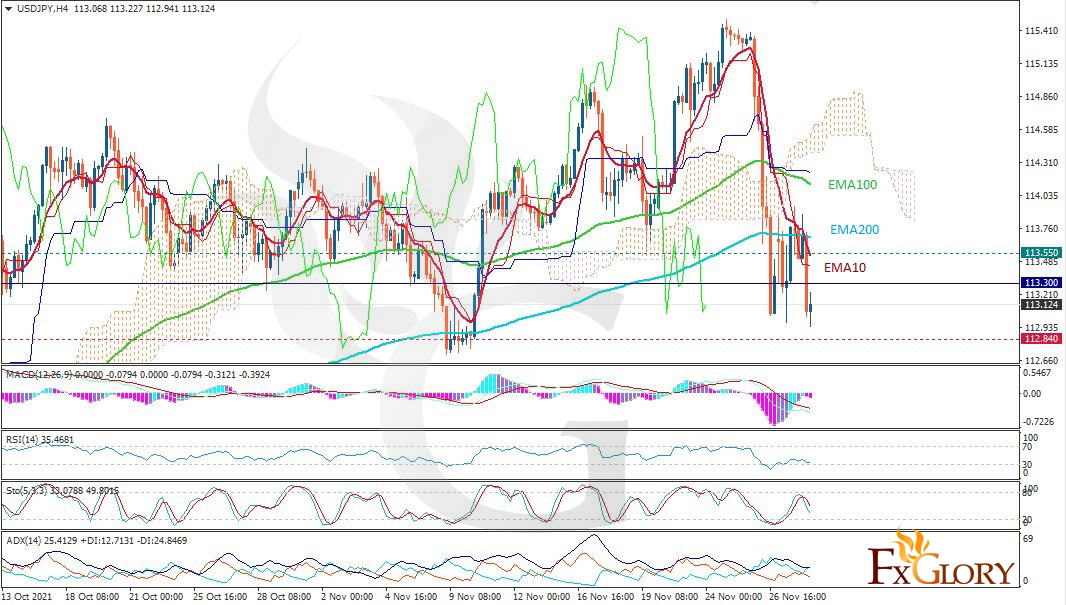 The Stochastic is moving toward the oversold area. The ADX is not showing a clear signal. The price is below the Ichimoku Cloud and the Chinkou Span is far away the market price. The Tenkan-sen is showing a downward momentum but the Kijun-sen is in a downtrend.

At the beginning of the new week, the Japanese yen against the US dollar is consolidating but looks quite weak yet. USD/JPY buyers are not gone: they are lying low, waiting for a good time to resume action...

Yen is near new lows

The Japanese yen against the US dollar has put falling on a pause, but this is temporary. The current quote is 134.66. Thus, the devaluation of the Japanese yen...

Nothing can prevent the Yen from devaluating

After hitting a new 20-year low, USDJPY stopped. The Japanese Yen got even weaker against the USD. The current quote for the instrument is 133.82. A new high in USDJPY is at 134.56...

The likeliness of USD/JPY to test the 126.00 region in the next weeks now appears diminished, according to FX Strategists at UOB Group Lee Sue Ann and Quek Ser Leang...

The Yen on the D1 time frame was in an extended uptrend that lasted until the 9th of May when a last higher top was recorded at 131.338. A closer look at the Momentum Oscillator revealed...