Is money really its worth

While using money as a form of exchange in our everyday life, very few people really understand how money receives its value. Money is used practically under all circumstances in order to obtain goods, services, education, groceries, fuel, travelling making it crucial to our day to day life activities and ambitions. This paper will be going through how the economy determines the valuation of a currency. For your convenience will be breaking down the interesting subject into sections with the form of questions. This will support our aim of presenting the main contributors to money valuation.

How is money created?

One of the most popular ways of creating money is through the method of printing as we tend to refer to it traditionally. Through this method, money is printed for the subsequent buying and selling of bonds. A very simple example to make this concept clearer, would be a government creating its own bonds. A bond, is a form of loan that will be paid for at a predetermined date in the future, along with interest attached to it. A government issues bonds and sells them to private institutions including the central bank which has a high degree of independence from the government.

This is exactly what the US Government is doing with the Federal Reserve in the United States. The Federal Reserve basically operates as the United States central bank. Other central banks around the world like the BoE, the ECB and the BoJ basically follow a similar strategy. These central banks buy government bonds (Treasury Bonds in the US) and pay for them with new printed money as a form of debt to be returned in the future.

The more money is printed, the more cash the governments, or financial institutions will have available to spend. The more they are able to spend, the easier it will be for them to cover for their liabilities (infrastructure costs, investing, and wages) as their main aim is to keep unemployment low with the creation of jobs. If this cannot be attained then huge problems are created within the economy and people cannot afford to provide for their families. Things get worse and other major problems arise like riots, criminal activities, and general public unrest. However, this method of printing new money has been exaggerated in the recent decades, to the point where the Fed is now printing new money to repay previous printed money the government had received as a loan, increasing the national debt to sky high levels.

How money value is determined after money is created?

As the reason for new printed money is explained above we move now to the effects of printing new money. We must clarify a key happening at this stage. The more money a central bank chooses to print, the less valuable its currency becomes. This can easily be restated in economic terms as the supply and demand effect. The more money is supplied and available within an economy for businesses, consumers, and individuals to spend, the higher the demand for goods becomes. The higher the amount of money an individual or a business keeps, the more options they have. Thus a larger scale of demand for goods within and economy is created. This however, tends to create what is currently possessing the media’s attention which is, inflation. Inflation occurs when the price of goods increases while the currency’s value diminishes, practically allowing you to buy less with the same amount of money. In the worst case scenario the currency becomes worthless and purchasing power is reduced significantly.

Yet money can also be valued in terms of standard of living. A good example can be seen in the Eurozone as the countries forming it are rather different in terms of economic structure but use the same currency. The largest economy in the Eurozone is currently Germany which according to its Preliminary HICP yearly rates for December was last seen at 5.7% on the 6thof January 2022.

Moreover, the equivalent economic indicator for France the second largest economy for the Eurozone, is the CPI (EU Norm) Final yearly rate also for December, which came out at 3.4%. The inflation data seems to point out differences yet they both use the Euro as a currency. A stronger indication of differences within the Eurozone group could be derived at if a comparison between Germany and Greece is made. Germany is a much more expensive country which enables us to consider other aspects of the economy to determine this. Germany’s citizens are receiving a higher income as form of job payment which tends to elevate house prices and price of goods, transportation, energy costs, etc. In the past months, a report by Reuters confirmed that Germany’s overvalued property market could ease in the near future but people may continue to find it difficult to buy a house as supply constraints keep values elevated. So, once again property valued in terms of currency maybe different in each country. Economic indicators of each country should be considered and comparisons could be made in order to determine how strong the purchasing power of the currency stands in a specific area.

Are there other ways of creating money?

Furthermore, private banks have come up with the solution of providing housing loans for consumers enabling them to buy their own house. This is the equivalent of creating money but in the form of debt. These banks may not have the physical money in their reserves, but they are enabled to create money and lend it with interest added to the overall payment at the end. This is how private banks tend to make their biggest profits.  Once again, as more money is created in debt, the standard of living goes higher and once again inflation is on the rise. Yet, if most of the banks known are providing loan services and are financing people to buy things they could not under normal circumstances buy,  what is the total risk involved if these banks fail for whatever reason? Moreover, this action promotes an over leveraged economy that has led to disasters and financial bubbles in the past. Yet banks feel comfortable creating loans for housing purposes, as the risk is reduced and if the debtor cannot repay, then the property is sold to someone else.  Recently in the US, regulation and stress tests have been stricter demanding higher standards and banks have made it more difficult for an individual or an entity to receive a loan. Banks have also been obligated to keep higher reserves mainly due to risk control purposes. Excess bank reserves is the amount kept by a bank to the side as an internal control required by regulators.

From our point of view, these changes have made banks more solid and currency valuation has also been steadier in the Eurozone and the US during the past several years since the 2008 housing bubble crisis. However, the value remains questionable.

As a closure, money’s value is determined from various aspects starting with the central banks actions. From there on, the government and the banks offering services in the country are also a big contributor to the currency’s stability and value. Finally, printing money has been among the top tools used that have led to extreme currency devaluations. This is confirmed as we have seen in Africa’s Zimbabwe in 2008 and Venezuela in 2013. Of course these may be extreme cases yet the lessons derived must not be underestimated. However, printing money as in the case of the United States that keeps the most used currency around the world, the excess money flow may have led to a significant appreciation of the US stock markets. 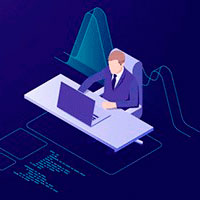 Rules Followed by Professional Traders: How to Make Money Every Day?

How do professional traders spot great trading opportunities in the financial market almost every day? Which key traits separate experienced traders from beginners? 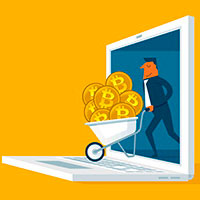 What is spot trading in crypto?

Thanks to the volatility of the crypto markets, savvy traders are enjoying speculating on their price movements in hopes of finding positive trading opportunities... 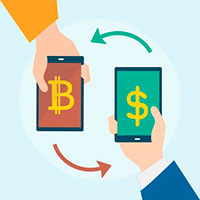 How to trade cryptocurrencies

Cryptocurrency trading has become highly popular over the past year. The crypto market has grown tremendously, with global market capitalisation reaching a trillion-dollar valuation. 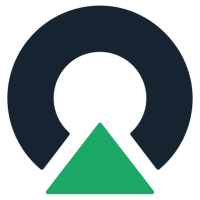 Olymp Trade: What a Crypto Investor Needs to Know in 2022

The year 2021 was a tremendous success for the cryptocurrency market. Bitcoin hit an all-time high as did nearly all altcoins. However, 2022 started with a big price drop... 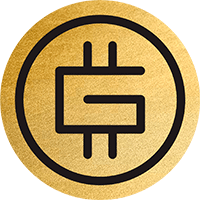 STEPN: Libertex explains what you need to know about the "move-to-earn" crypto trend

STEPN (GMT) is a so-called "move-to-earn" crypto token that was launched back in the summer of 2021. However, the price of STEPN has recently picked up... 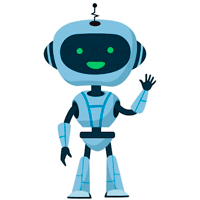 Maximize Your Profits in 2022 Through the Best Forex Advisors

Practically all modern Forex expert advisors are built on the foundation of the complex programming language called MetaQuotes versions 4 and 5, which are also used...

Boost your trading potential with a 20% bonus