Beginner traders hold a position to the last minute, trying to break even, close it prematurely and have a missed profit, skipping a good exit point. Do you want to minimize such situations? Follow the exit strategy for beginners. We will analyze the basic signals for exiting a position and teach you how to work with the terminal's auxiliary tools.

Stop Loss and Take Profit: How to Work with Limit Orders?

Stop Loss is a type of pending market order, with which you give a command to sell or buy an asset automatically when the price reaches a set point. Simply put, when a trader sets a Stop Loss, they say: "I expect the trade to make a profit, but if something goes wrong, I want to limit the loss. I'm willing to lose N points on the trade. Exchange, sell N assets on my behalf if the price hits the N mark."

Take Profit works in exactly the opposite way. The trader gives a command to close the position if a certain profit is achieved. Ideally, the Take Profit should occur at the moment of the beginning of a corrective movement. In fact, the exit strategy using orders can be called a strategy of a given mathematical expectation.

Please note: Stop Loss should be 2-3 times lower than Take Profit. Thus, one profitable trade will outweigh several losing trades. The trader will remain in the black. If you want to win not by quantity but by the quality of trades, you can set Stop Loss and Take Profit to approximately the same values. Using Stop Loss and Take Profit is very convenient, but it is wrong to just set them and wait until the trade will close with a profit or loss. Think of these tools as a safety net. Only give them up completely when you can't track a position in real-time.

A Trailing Stop is a Stop Loss that moves behind the price at a predetermined distance. For example, at a distance of 100 or 200 pips. It is not fixed as in the previous example. Let's consider its use on simple figures.

Exiting a trade with a Trailing Stop is more suitable for automation. Just remember that if you set it separately, the Stop Loss will pull up only after the specified distance has passed in the direction of profit. You can not leave your trade unattended until that moment. You risk losing your entire deposit if the price moves in the wrong direction.

The method of market exit can be combined with the strategy we discussed above. Use it when you are not sure that the price will keep moving in the right direction.

The strategy is as follows:

Then all that remains is to relax and wait. In terms of game theory, the stepwise exit approach is completely disadvantageous compared to the other strategies described. It reduces the mathematical expectation of profit by half. Why use it then? The key advantage of the strategy is that it relieves the trader of psychological stress. You should not underestimate the pressure factor at the initial stage.

Simple Market Exit Signals: How Do You Know When It's Time to Exit?

We learned how to set the Stop Loss and Take Profit, we have disassembled the concept of Trailing Stop, and we mentioned the stepwise method of closing a position. Now we know how to exit correctly, but the question "When?" remains open.

Here are the key signals indicating the need to close a position: 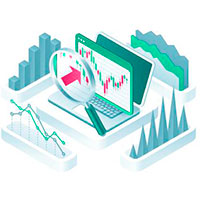 As we know, forex trading is a very risky business. In other words, a trader can lose money, if the market rate changes to an unfavorable side. However, the threat of financial losses in trading cannot be totally ruled out... 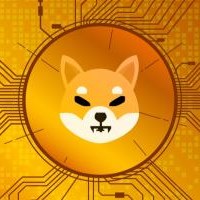 Dogecoin vs. Shiba Inu: Which one is the Better Investment?

Dogecoin and Shiba Inu have captured many crypto headlines over the last few years, as some have become millionaires overnight. However, deciding on buying Shiba Inu vs. Dogecoin...

The phenomenon that is Bitcoin has gripped the mainstream market primarily due to the fact that the digital currency has shown it is a good way for people to make money...

Are you an aspiring trader on the cusp of diving into the world of trading forex but unsure how to go about it? Or are you a seasoned forex trader perhaps who’s become a little too complacent... 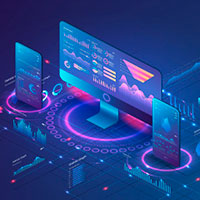 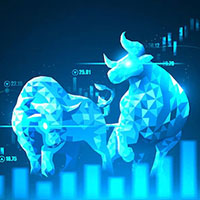 3 Strategies to Boost your Trading Mindset in 2023

Getting ready for the new trading year? Check out this article to discover some of the most effective trading strategies to boost your goals!