USDJPY has broken the key psychological level of 120 and still continues to push higher. What’s driving these moves? The Fed moving to a much more hawkish policy setting is driving US yields at the short end and long end higher. BOJ on the other hand have their foot still stuck firmly to the accelerator. This allows a widening of yield differentials and creates a tailwind for USDJPY.

Their current account through the trade channel is eroding given their large oil import requirements. This begs the question could we see 125 tagged.

For perspective 2015 saw the BOJ defend the 125 area to stem further currency deprecation. We’ll have to keep our ears open for any rhetoric in this regard. 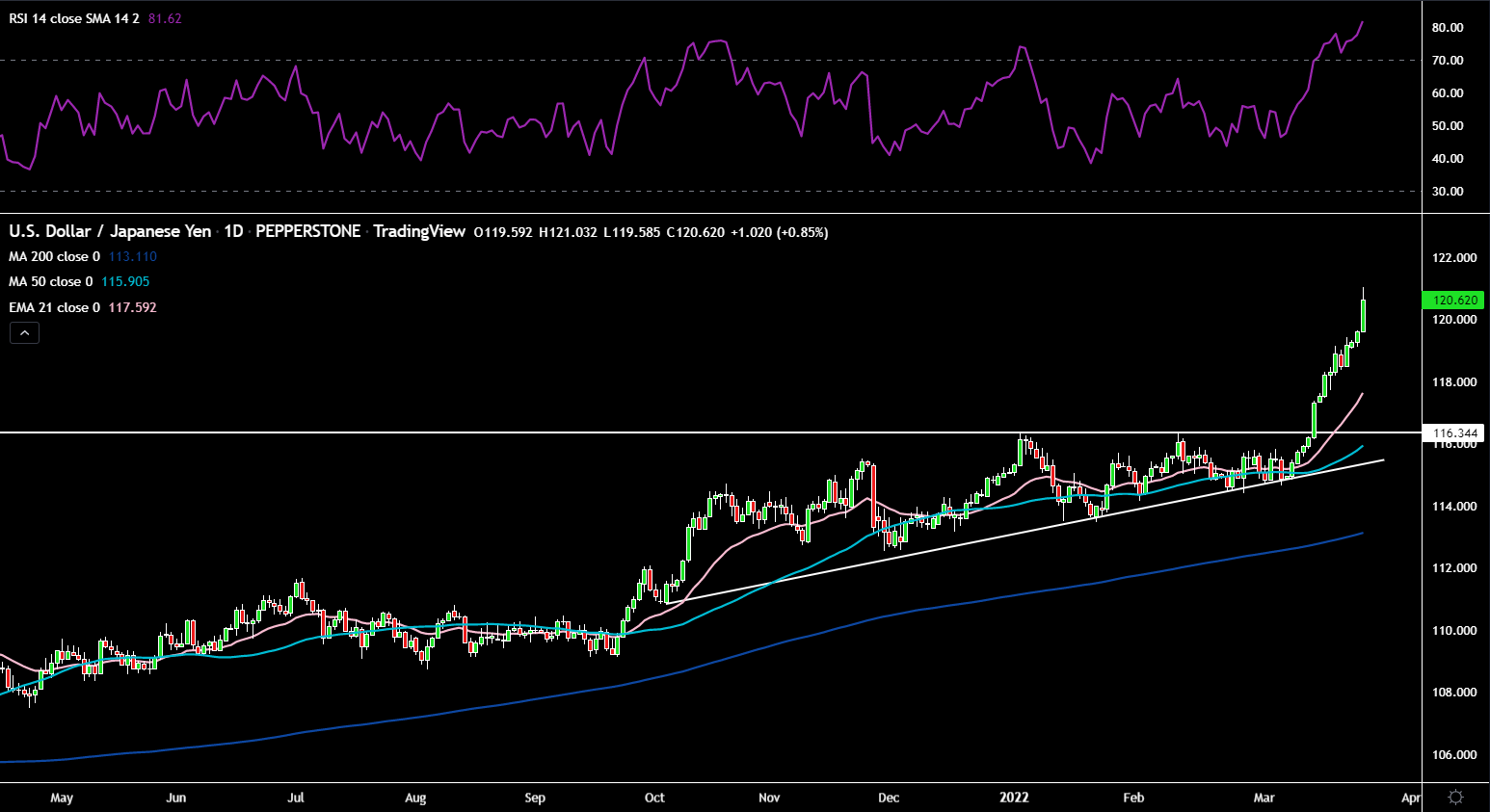 USDJPY and AUDJPY are both flashing deeply overbought on the RSI. SEKJPY is an interesting one as it’s just pierced its 200-day SMA. It’s found some resistance now at 12.8 (former high from January of this year – white horizontal line). The 200-day SMA should provide support on any pullbacks.

At the beginning of the new week, the Japanese yen against the US dollar is consolidating but looks quite weak yet. USD/JPY buyers are not gone: they are lying low, waiting for a good time to resume action...

Yen is near new lows

The Japanese yen against the US dollar has put falling on a pause, but this is temporary. The current quote is 134.66. Thus, the devaluation of the Japanese yen...

Nothing can prevent the Yen from devaluating

After hitting a new 20-year low, USDJPY stopped. The Japanese Yen got even weaker against the USD. The current quote for the instrument is 133.82. A new high in USDJPY is at 134.56...

The likeliness of USD/JPY to test the 126.00 region in the next weeks now appears diminished, according to FX Strategists at UOB Group Lee Sue Ann and Quek Ser Leang...

The Yen on the D1 time frame was in an extended uptrend that lasted until the 9th of May when a last higher top was recorded at 131.338. A closer look at the Momentum Oscillator revealed...