The tug of war in Bitcoin near the psychologically important $20K continues. After losing 4.7% to $19.9K on Wednesday, the first cryptocurrency returned to $20.4K on Thursday morning. Ethereum is down 1.2% to $1085 in 24 hours, with the top 10 altcoins trending from a 2% drop (Tron) to a 3% rise (Solana). Total crypto market capitalisation, according to CoinMarketCap, was unchanged overnight, remaining at $900bn. Bitcoin’s dominance index fell 0.4 points to 43.1%. By Thursday, the Cryptocurrency Fear and Greed Index stood at 11 points (“extreme fear”).

Ian Harnett, a co-founder of Absolute Strategy Research, has suggested that bitcoin will collapse to $13K this year, as it is characterised by a drop of 80% from the historic highs it reached. Arcane Research noted that in 2013 and 2017, BTC fell 85% and 84%. If history repeats, bitcoin’s downside potential persists to the $10,350 mark.

However, we note that in previous bullish cycles, the strengthening of BTCUSD has been many times stronger. For example, in 2013, it was more than 90 times. In 2017, it was 20 times, while in a year-long growth cycle through the highs of 2021, we saw “only” a tenfold increase in price.

In our view, it is much more reliable to estimate that Bitcoin finds a long-term bottom near the highs of the previous 4-year cycle, where the first cryptocurrency has already rolled back. Even so, it may not be the best time to buy, as it may take considerable time before the crypto market digests the recent turmoil and enters a new phase of sustained demand from broad segments of investors, not just stressed asset hunters. 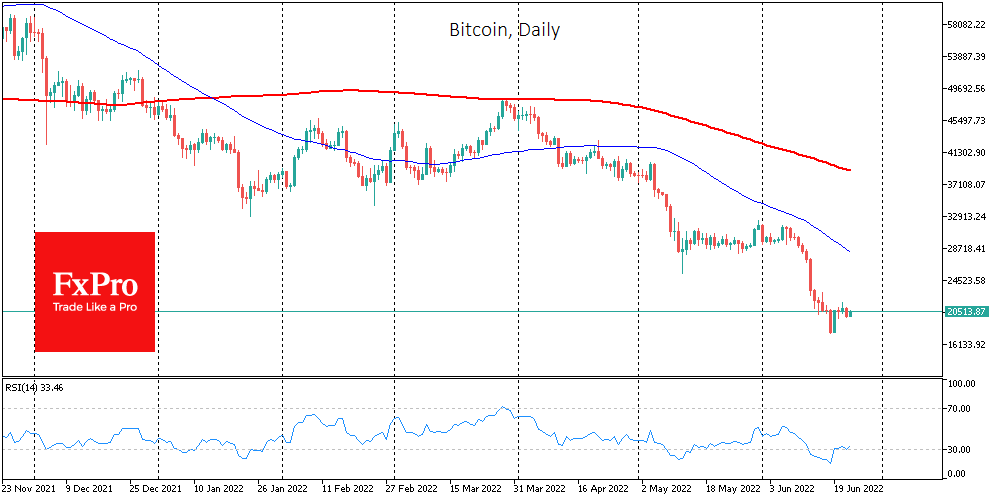 The ECB chief has called for regulating the cryptocurrency lending sector amid growing activity on crypto lending platforms and problems with Celsius and Finblox. SEC Commissioner Esther Pearce believes that a bearish crypto market would benefit the industry and create a more sustainable foundation for its development.

Tesla CEO Elon Musk has said that he has never encouraged anyone to invest in cryptocurrencies and all accusations of him promoting a “Dogecoin pyramid scheme” are unfounded. Musk has recently sued for advertising DOGE for $258bn. Tether, the issuer of the largest USDT stablecoin by capitalisation, announced the release of a GBPT “stablecoin” pegged to sterling.

Bitcoin has been down 1.2% over the past seven days, trading at $23,600. These are tiny moves by crypto market standards. Indeed, the first cryptocurrency has been dealing... 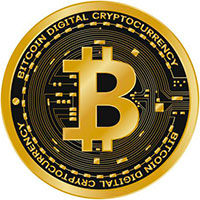 Bitcoin was down 3.5% on Thursday, ending at around $22,500, but almost fully recovered its losses on Friday morning. As a result, changes over the past 24 hours are minimal... 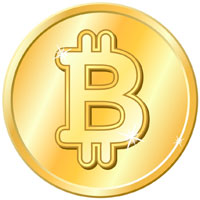 Bitcoin fails to keep up with stocks 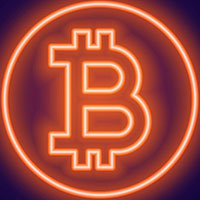 Bitcoin continues its soft landing towards the lower end of the upward corridor, losing around 0.5% over Tuesday and retreating to $23K. Ethereum has strengthened by 2.7% to $1630 in the past 24 hours... 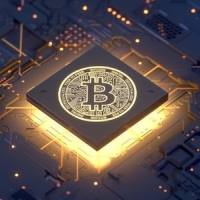 Bitcoin retreats from the upper boundary of an uptrend channel

Bitcoin closed Thursday near $24,000, retesting that area after a failed attempt to climb higher in the middle of last week. The first cryptocurrency has added 3.8% over 24 hours...