Ethereum is a software platform that aims to act as a decentralized Internet as well as a decentralized app store. A system like this needs a currency to pay for the computational resources required to run an application or a program. This is where ‘Ether’ comes into play. Ether is a digital bearer asset and it doesn’t require a third party to process the payment. However, it doesn’t only operate as a digital currency, it also acts as ‘fuel’ for the decentralized apps within the network. If a user wants to change something in one of the apps within Ethereum, they need to pay a transaction fee so that the network can process the change.

If bitcoin is "digital gold", then ether is certainly silver - the currency boasts the second-largest market capitalization. It is the original token of decentralized platform of etherium, which was launched by Vitalik Buterin on July 30, 2016.

The main difference between the rival platforms of bitcoin and the etherium lies in their purpose and capabilities. Thanks to the technology of "smart contracts", the etherium allows you to create not only currency, but decentralized applications, which attracts large technology players such as Intel and Microsoft to the project. Ethereum took the technology behind Bitcoin and substantially expanded its capabilities. It is a whole network, with its own Internet browser, coding language and payment system. Most importantly, it enables users to create decentralized applications on Ethereum’s Blockchain.

Ether is the second most popular cryptocurrency, the price of which has grown nearly 100 times in 2017.

It is the native cryptocurrency of Ethereum blockchain platform, where one can create decentralized applications (or “dapps”) without intermediaries. The potential use of Ethereum blockchain is vast: from projects in business development to managing identity, from currency exchanges to crowdfunding and more. Some analysts believe, Ether is one of the most credible cryptocurrencies as its platform allows to create new blockchains easier –  and that advances the whole digital industry. This broader usage in the tech space is perceived as the biggest advantage of Ether which has provided it with a strong investor support.

Ethereum is a decentralized system, which means it is not controlled by any single governing entity. An absolute majority of online services, businesses and enterprises are built on a centralized system of governance. This approach has been used for hundreds of years, and while history proved time and time again that it’s flawed, its implementation is still necessary when the parties don’t trust each other.

Ethereum, being a decentralized system, is fully autonomous and is not controlled by anyone at all. It has no central point of failure, as it is being run from thousands of volunteers’ computers around the globe, which means it can never go offline. Moreover, users’ personal information stays on their own computers, while content, such as apps, videos, etc., stays in full control of its creators without having to obey by the rules imposed by hosting services.

* Forex Rating accepts no liability for any errors in the Ethereum Price or ETH Information. For the most recent information please visit the Ethereum official site. 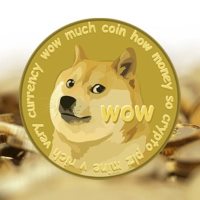 Who Owns the Most Dogecoin?

The identity of the individual or entity who owns the most Dogecoin is unknown. However, it is believed that a few people own large existing amounts... 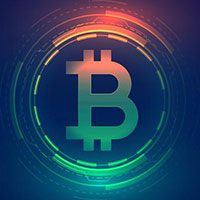 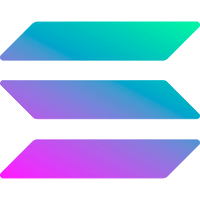 Let’s look at Solana’s features and competitive advantages, explore Solana as a technology, and speculate as to whether Solana has the right stuff to become the next crypto sensation...

Bitcoin feels the need for correction before further growth