WallStreet Forex Robot 2.0 Evolution has the LONGEST, fully MyFxbook VERIFIED Performance on REAL-MONEY Accounts in the EA industry with such an amazing results. WallStreet Forex Robot 2.0 Evolution identifies and closes any deal in a 100% unbiased manner, never departing from its programmed trading logic: something of which even the most disciplined trader is incapable.

We've been transforming ordinary traders into self-made forex winners for over a decade. now, Its your turn to succeed!

The robot is based on the probably best time-proven trading method: Low-Risk scalping following short and medium-term trends. This method has proven it worths ever since forex has been traded online. It generates millions of dollars of profit for the professional forex traders that use it.

With WSFR 2.0 Evolution - We've kept the best elements from the proven, core trading principles of Wall Street Forex Robot - and taken its functionality to a whole NEW LEVEL.

We've also built a revolutionary, industry-first:  REAL-TIME Settings Update System. You don't need to restart your robot to get the new settings anymore – you can decide how often the EA will check for new settings.

We've designed a first of its kind "Broker Spy Module". We spent over 2000 hours in developing and refining this powerful tool with one primary goal - to protect your capital and you from unethical brokers: cheating you with high negative slippage, high spreads or delayed order execution. Now you will be able to monitor every minute whether your broker is stealing from you. 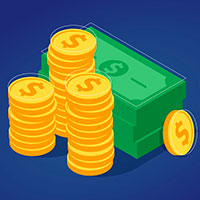